In this lesson we will look at displacing “the one” when coming out of a fill and the effect that can have on the feel of a section.

1) In the first exercise we have a very simple groove and a simple one beat fill on beat four of the first bar.  The fill is just RLRK round the kit.  The crash is on the one of the second bar and is our basic idea that we will move around.  This crash should be played with the right hand.

2) In the second exercise, we have added a crash to the end of the first bar.  This should be played with the left hand so that the sticking for beat four is RLRL.

3) In the third exercise we are actually going to get to the point, pushing the one.  The first bar is exactly the same as in the previous exercise where we have the simple fill with a crash in the left hand on the last 16th note of the bar.  This time however, we have changed the second bar and “pushed back” the the one to the “and” of one.  This second crash can just be played with the right hand.  As the crashes are accenting the rhythm but completely avoiding the “one” we get a really cool feel.  Have a go with longer fills, just remember to make sure you play a crash on the last 16th of the first bar and come back in on the “and of one” of the second bar.

4) In the final exercise we have taken the idea from the past example and just moved the crash along another 8th note to beat two of the second bar.  This is a very different feel.  I prefer example 3 but the extra space of this example can be very effective in the right context. 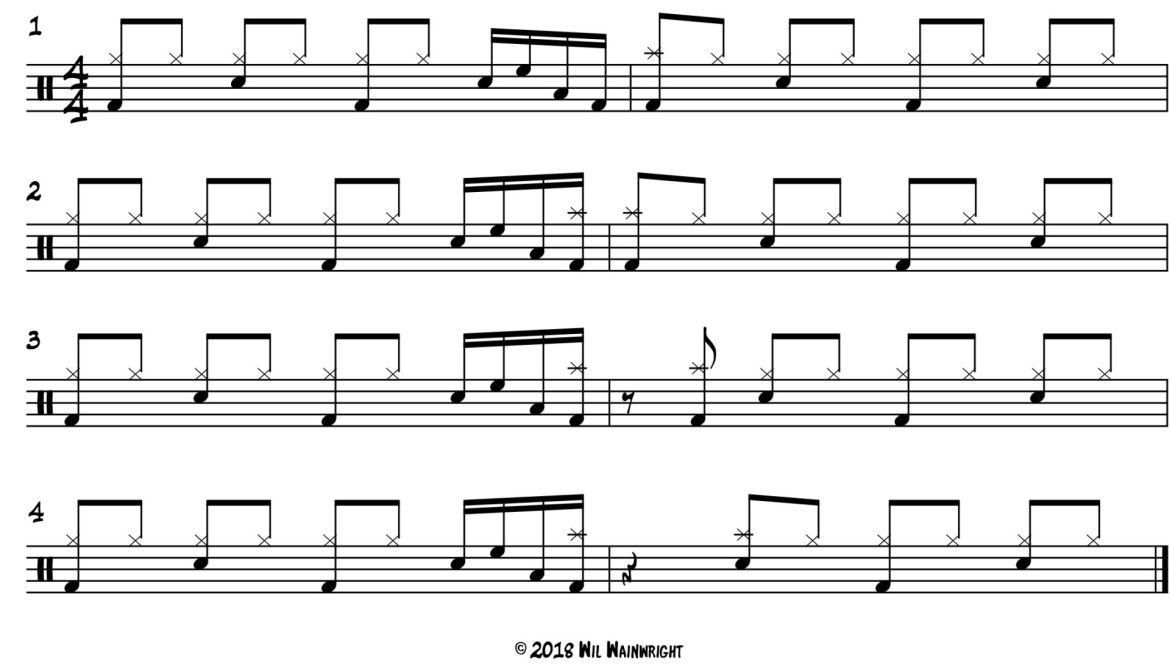